I have been setting up QChem (version 5.3) on a linux cluster (with Slurm) and IQmol on Macs and Windows to evaluate if we can use it for an undergraduate quantum chemistry course.

We managed to get iQmol to submit some simple jobs and run the job on the cluster (through Slurm), but we found several small issues with using iQmol (Please find the attached figures at the bottom):

There is quite a bit to unpack here, but let me try to address your concerns:

Here is more information for you to debug: 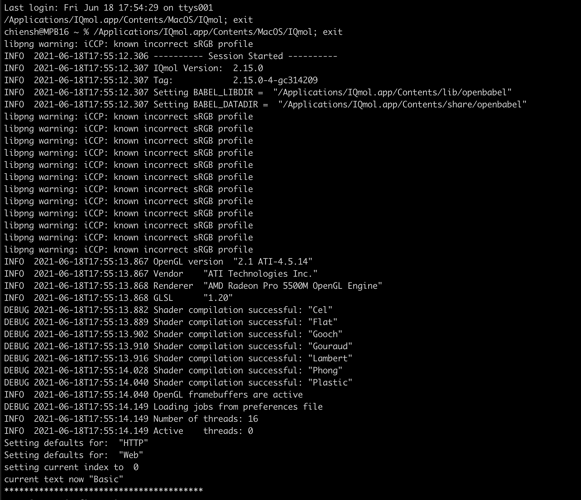 a. I have restarted IQmol and reconnected to the server for many times; I think it is just because partition “qchem” was added at last and it goes to the bottom of the list, it was hidden by the pulldown manual which is not scrollable.

b. Yes, users may choose a different QOS for different job priority and privileges; for some other sites, users may even want to set their accounts; which is related to how the usage credits/money to be charged

Additional update, we have not been able to download the latest version (2.15.0) for windows from the official site in the last few days; the download is stuck at 17MB. There is no such problem for the older versions or 2.15.0 for Mac.

Updated on 4e) I found that IQmol actually manages to retrieve the Job ID and the status (they can be seen when the cursor is over the job status), but the job status in the list was not updated. 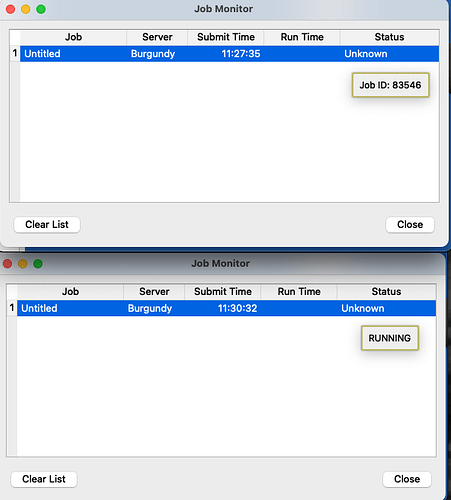 New Issues:
9) Animation recording fails on both Windows (2.14.1) and Mac (2.13 and 2.15):
a) If I select “Record Animation” from the icon or drop-down manual, and save it as default format (mov), it manages to generate a number of screenshots in png format, but it won’t combine them into a single movie when stop recording.
b) If I select to change the format from default *mov to MP4, iqmol does not record the move (not generating the png image files)